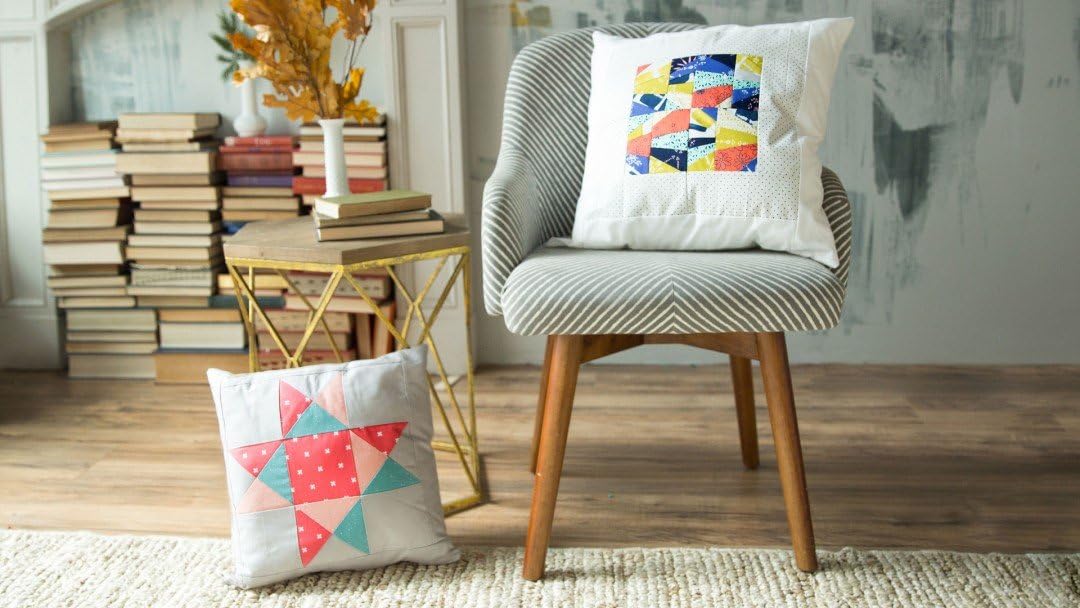 Wondering what to do with all of the gorgeous blocks in our Block of the Month series? Ashley Nickels shows how to expertly set any quilt block in a posh pillowcase, featuring sashing to frame the block and a hidden zipper. She demonstrates the technique using Carolyn Friedlander's Polk Block, but you can use any block you please to create custom pillows for your home.